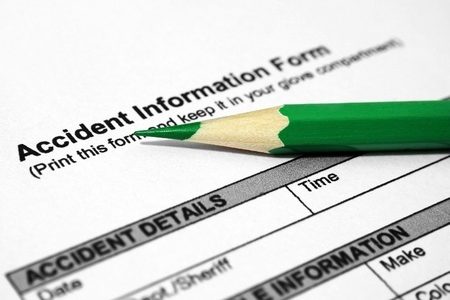 It is always important to drive in a safe manner. A new article from the Flint Journal describes the dangers that can occur on the road. In a tragic and strange story, an accident occurred between a vehicle and a parade float recently. The parade float was traveling to the Metamora Country Days when the collision took place. The parade float was apparently a hybrid between a truck and a train. The float was open and was supposed to resemble the rear of a steam locomotive.

While the float was traveling southbound on Clark Road, an elderly woman was driving a vehicle eastbound and turning left. The elderly lady entered the intersection and struck the float. In what can only be described as a tragedy, the elderly lady perished in the collision. The accident also ejected seven people from the back of the float. Emergency vehicles had to transport two of the injured victims to the hospital because they were in serious condition after having suffered life-threatening injuries. Seven other people in the float, including the driver and the passenger, were treated for non-life threatening injuries. A police officer with the Lapeer County Sheriff’s Office said that the parade float was legally permissible because it was a modified truck. Additionally, there was no problem with the back of the vehicle, where seven of the passengers had sat, because there was benched, surrounded sitting. The officer also declared that from the preliminary investigation, it does not seem likely that speed or alcohol played a role in the collision, although the investigation is still ongoing.

What To Assess in Litigation For a Car Accident?

In the aforementioned case, the police are still attempting to discern what led to the traffic accident and who may have been at fault. They are still seeking witnesses for help in reconstructing the collision. It is important to understand what happened not only for possible criminal charges, but also for potential civil matters. For example, we know that two of the people in the float suffered serious, life-threatening injuries and had to be taken to the hospital. Additionally, an elderly lady died in the accident. In the case of the life-threatening injuries, there could be charges stemming from the injuries, medical expenses, and emotional or psychological problems that a guilty party may have to bear. In regard to the death of the elderly woman, if the driver of the float committed some type of mistake that led to the accident, then the survivors (usually close relatives) of the lady could bring forward a wrongful death lawsuit. In civil charges, unlike criminal charges, in order to win a case, the party must establish, by a preponderance of the evidence, that a person is responsible for the charge. In criminal matters, it is guilt beyond a reasonable doubt.

If you have questions or concerns regarding car accidents and live in the state of Michigan, please contact us at the Clark Law Office. We are prepared to help you get the compensation that you deserve.