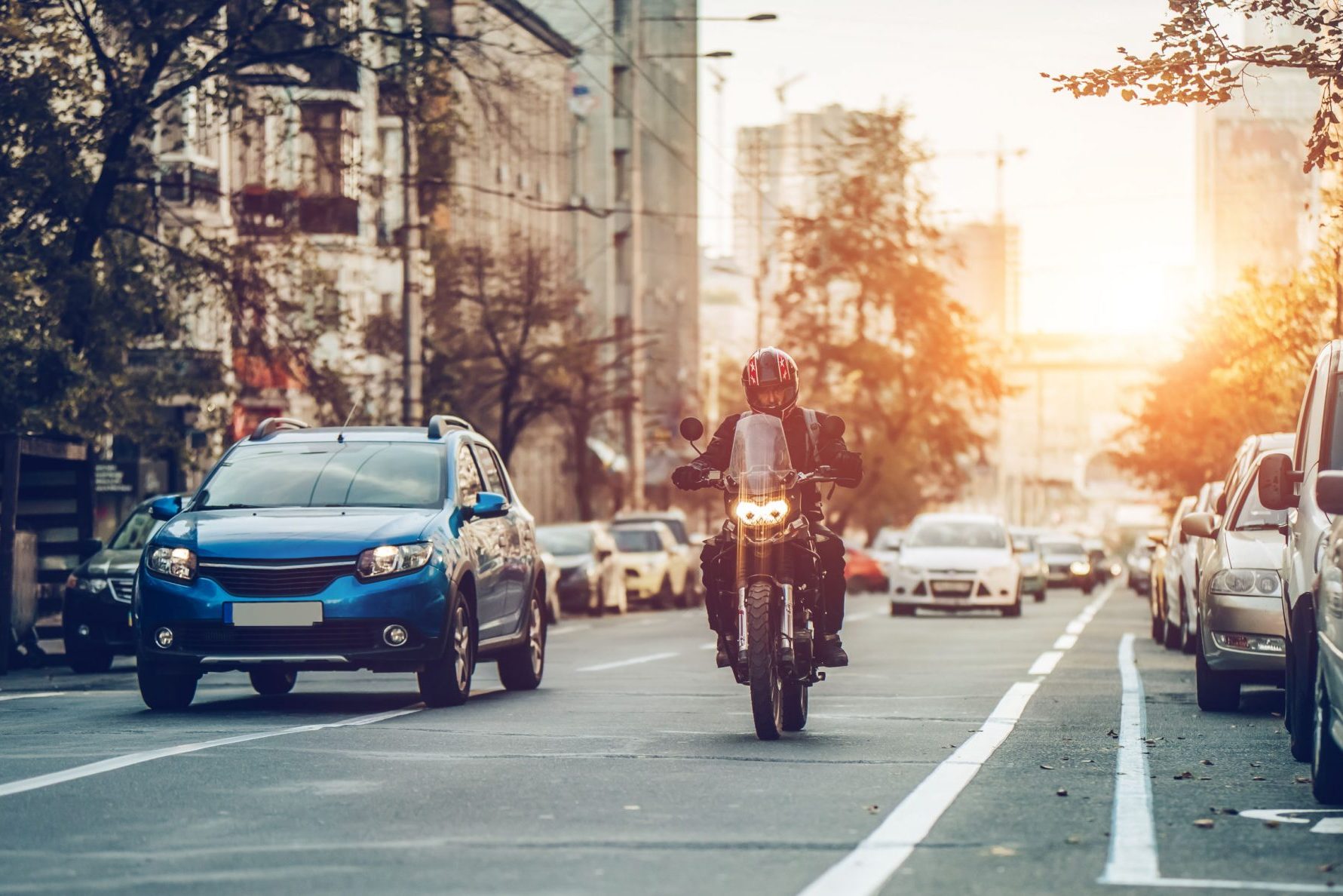 Traffic congestion in the United States is worsening. The 2019 Urban Mobility Report by The Texas A&M Transportation Institute states that Americans travel additional 8.8 billion hours because of the traffic. As such, most Americans buy narrow forms of transportation, such as motorcycles, scooters, or bicycles to solve this problem.

In early 2019, the Motorcycle Industry Council’s ownership polls revealed that another 1.5 million American households became motorcycle owners. There are about 13.2 million owned motorcycles, and almost 93% of this number are in use.

Motorcycles are of more practical use for the traffic situation. With lesser dollars, you can save time and travel faster than cars. According to motorcyclists, lane splitting saves travel time and de-congests traffic. However, the act is dangerous for the rider, all other passengers, and vehicle drivers stuck in traffic.

What is Lane Splitting?

Where there’s bumper-to-bumper traffic, expect that motorcycles will find their way in between slow-moving or even stopped cars.  Motorcyclists are lane splitting when they move between two lanes of cars moving in the same direction. They usually ride along the white lines making stripe riding or white lining other terms for this practice.

The Michigan Vehicle Code explicitly prohibits lane splitting, which is described as passing between lines of traffic. Section 257.660(4) of the said code applies to motorcycles, mopeds, electric skateboards, personal assistive mobility devices, and other low-speed vehicles.

As of September 2019, California is the only state that expressly allows lane splitting. Meanwhile, motorcycle laws in other states failed to mention whether lane splitting is legal or not.

What are the Dangers of Lane Splitting?

Motorcyclists say that the most apparent reason for lane splitting is faster travel time.  However, it is still a leading cause of vehicle accidents. These are some dangers to lane splitting:

Stripe riding leaves limited space for motorcyclists to move and control their motorcycles. Proximity to surrounding vehicles may cause a collision. This may lead to other accidents and worsen traffic congestion.

This is the biggest danger in lane splitting. If you are in the blind spot of a small or large vehicle, no reflective gear gets the attention of any driver. The driver is not expecting anyone to pass by – completely unaware of your position. A sudden switch of lanes is fatal to the motorcyclist.

Blind spots are dangerous, so motorcyclists need to move fast. However, the risk of a crash increases when riding at higher speeds. The Safe Transportation Research and Education Center at the University of California Berkeley studied lane splitting accidents in California. They found out that accidents from lane splitting occur when the traffic is moving above 50 miles per hour.

The State of Michigan prohibits lane splitting because of the resulting threats to safety. A legal and safer option for motorcyclists is lane sharing. In lane sharing, a maximum of two motorcycles moves alongside the same lane.

Lane filtering is to pass through slow-moving or stopped cars – much like lane splitting. However, when filtering, the motorcycle completely moves to several other lanes. This is only possible when there is moderate traffic. With worsening traffic congestion, most motorcyclists resort to lane splitting to speed up their travel times.

The Lane Splitting Accident is My Fault: Can I Sue?

Injured motorcyclists can bring personal injury lawsuits. Even if the accident due to lane splitting was your fault, yes, you can sue.

However, the fact that lane splitting is illegal in Michigan affects the success of your case. Lane splitters receive the violation ticket. Insurers identify this ticket as evidence of fault which can reduce or invalidate claims.

Fortunately, the State of Michigan applies the concept of modified comparative negligence. To recover non-economic damages for pain and suffering, the motorcyclist should be at fault for less than 50%.

The injured motorcyclist wins the lawsuit when the other driver has committed something more dangerous than lane splitting. To illustrate, if the other vehicle driver involved in the accident is guilty of distracted driving, this distracted driver becomes responsible for the accident.

The process of getting these results requires an experienced motorcycle accident lawyer.

Did you cause an accident with your lane splitting? If you were injured too, why are you hesitating to file a lawsuit? Our experienced motorcycle accident lawyers will help you through the process. We will investigate your case and help you claim damages. Contact us now at (517) 347-6900 or fill out our form and let’s get your case started.

What Happens When a Car Runs Your Motorcycle Off the Road?
July 22, 2019

How Avoid The Most Common Types of Motorcycle Crashes
July 4, 2019

How Motorcycle Defects Can Lead to Serious Motorcycle Crashes
June 27, 2019

What Must I Prove to Win My Motorcycle Accident Lawsuit?
June 25, 2019

How a Single Motorcycle Crash Can Ruin Your Career
June 23, 2019
Ready To Win Your Case?