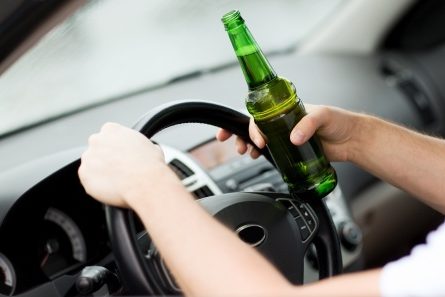 When you are in a traffic accident, you should hire an attorney so that you can defend yourself or file suit against those responsible for an accident. A recent article from the Oakland Press details whether prosecutors will bring charges against a Highland Township woman for a drunk driving crash that occurred two months before. The incident involved a van and a motorcycle. The motorcyclist declared that he was going northbound when a minivan heading southbound turned left. The vehicles collided and, astonishingly, the woman driving the minivan immediately left the scene at a high rate of speed. The police eventually found the fleeing minivan driver and charged her on suspicion of operating a vehicle while intoxicated. It appears that she attempted to escape because it was not the first time that she had been operating a motor vehicle under the influence of alcohol. She had already received three prior convictions for operating a vehicle while intoxicated.

What to do when there is an accident?

The first thing that a person should do when there is a car accident is stop. Fleeing after a crash only compounds the situation because it is a crime to leave the scene of an accident. You should also obtain contact information from everyone involved in the accident and any witnesses. It is imperative that you notify the police and your insurance company.

A primary reason to contact an attorney is to obtain the maximum benefits after being the victim of a traffic collision. For example, the young motorcyclist was injured in the accident, suffering a broken leg and facial injuries. While there are routine issues, such as car repairs and payment for medical bills, there may be other factors at play, especially in more grave car accidents. People tend to focus on physical injuries, but there are sometimes emotional and psychological traumas that occur. While emotional injuries may also tend to derive from physical injuries, they are not the same. For example, if a person experiences brain trauma after a traffic collision, they may also suffer from depression or posttraumatic stress disorder, which are emotional issues. Therefore, while medical bills for a brain injury would be expected, matters such as counseling and therapy bills would also be part of damages for emotional and mental injuries and trauma.

In addition to trying to obtain damages for pain and suffering, Michigan law provides for people to sue for the negligent infliction of emotional distress. An example of such an action would occur when somebody witnessed their loved ones in a serious accident and suffered serious emotional injury after the events.  Do not believe that the only considerations in a traffic accident concern car repairs and physical injuries. An attorney will help you, whether in settlement or while going to trial, to obtain damages to fully compensate your loss.

If you are involved in a car or motorcycle accident in the state of Michigan, contact the Clark Law Office. We can help you secure the compensation that you deserve for the injuries that you sustained.