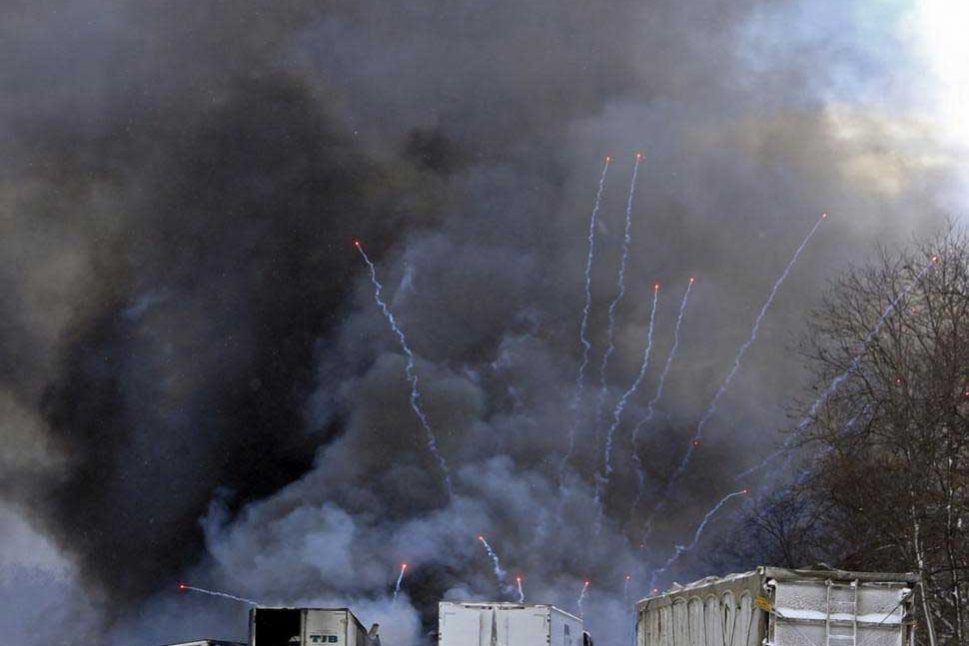 A deadly crash on I-94 between Kalamazoo and Battle Creek followed by a large vehicle accident pileup has closed the highway in both directions.  The accident occurred around 10am and still currently closed in both directions as of 5pm.  Most of the traffic has been diverted to neighboring roads which has caused slow moving traffic everywhere in the area.  There is reportedly one death resulting from the scene, a truck driver from Canada.  One of the trucks involved in the accident was transporting roughly 40,000 lbs. of fireworks and exploded.  The action was caught on camera and it is quite honestly a surreal scene.  Residents who lived in close proximity were asked to evacuate because of an additional truck that was reportedly carrying hazardous material.  The actual cause of the accident is unknown, but it’s certainly related to the poor weather conditions this morning.   This stretch of highway is notoriously dangerous as it receives lots of commercial trucking between Chicago and Detroit.  It also happens to be on the snow belt where lake effect snow and high winds causing blowing snow occurs frequently.  Please remember to slow down and drive safe!!