Teenage Drivers and the Risk They Pose to Drivers in Michigan 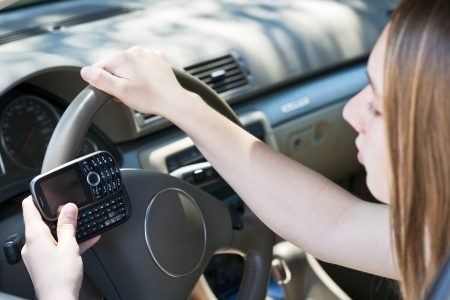 On Michigan’s streets and highways, teens are increasingly posing risks to both themselves and other drivers.  The facts are so concerning that some in the Great Lakes state are debating raising the minimum driving age to 18.  If you have been involved in a car accident with a teenage driver in Michigan, or if your teenage child has been in an accident, an attorney will work tirelessly to recover compensation for damage to your vehicle, as well as any personal injuries you may have suffered as a result of the accident.

Car and motorcycle crashes are the #1 cause of teen deaths in the United States.  Each year, these crashes claim that lives of roughly 3,000 teens.  In Michigan in 2012, of the drivers that were involved in fatal motor vehicle accidents, 10 percent were teens.  With a spate of recent crashes involving in teenage drivers in the northern part of the state, some are beginning to wonder if Michigan’s segmented driver licensing program is in need of revision.  Under this program, a teen is eligible for driver education and instruction at 14 years and 8 months, and a level 2 driver’s license at 16 years of age.  Tragically, the examples of fatal crashes involving teen drivers are numerous:

Just recently, a 17-year-old Michigan teen died as a result of car crash in Leelanau County that left him in critical condition.  At the time of the accident, reports indicate that a 16-year-old was driving the vehicle, with the victim in the passenger seat, and another teen in the backseat.  The young driver sped through a stop sign, and then hit a Cedar, MI man’s truck in the intersection, killing both the man and the teen passenger.

One month prior to the Leelanau County tragedy, two people lost their lives in a semi-truck collision on a Michigan highway when a teen driver attempting a U-turn drove into the path of an oncoming semi.  The teen driver, as well as a teen passenger, both died as a result of the accident.

Have You Been Involved In An Accident With a Teenage Driver?

Have you been involved in a car crash with a teenage driver in the state of Michigan?  Or has your teenage son or daughter been involved in an accident with another teenage driver?  If you have sustained damage to your vehicle, suffered personal injuries as a result of the incident, or experienced emotional trauma, help is just a phone call or email away.  A dedicated and experienced Michigan car accident attorney will work diligently to recover compensation for any healthcare costs you have been burdened with as a result of the accident, as well as for any pain and suffering you have experienced, and, of course, the vehicle repair and/or replacement costs that follow most every automobile accident.  Please contact us at the Clark Law Office today; we will fight to get you the compensation you deserve.