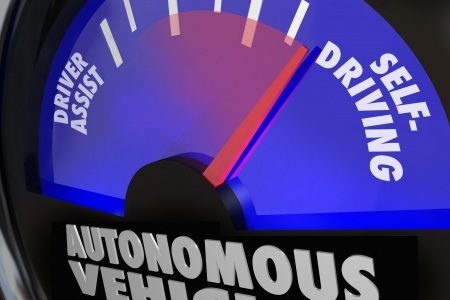 A few years ago, self driving cars were just a dream. They are now a reality and companies such as Google are currently operating self driving cars in Nevada and California. There is a growing increase in this new technology because they are considered safer than conventional cars. Some people believe these cars will address America’s highway safety and traffic problems.  Others think that it is simply an over-expensive solution to a simple problem.

According to tests carried out on these self-driving cars, they have covered over 250,000 miles without any real safety concerns. Based on these results, there is a belief that self-driving cars will lower the risk of car accidents. This is great news especially for the government, which incurs high expenses from the high number of car accidents that are reported in different U.S states.  I can imagine that auto insurance companies are already preparing for battle against cars that will complicate injury and negligence laws.

Road accidents are a major concern in the United States. About 30,000 people die in car crashes each year. They are the main cause of death among Americans between 4 and 34 years old. Traffic congestion on the highways costs the country nearly $100 billion annually. These figures are significant and there have been calls for restructuring of the traffic light systems and reconstruction of existing roads to address the problem. Government response has been slow and this has forced individuals and technology companies to come up with alternative solutions.

The Center for Automotive Research supports the introduction of self-driving cars and considers it a technological revolution. Majority of road crashes reported in the country are caused by human error. The conventional cars are considered inefficient. Drivers have to spend several hours behind the wheel. Accidents occur when drivers are distracted, tired, sleepy, drunk driving, or ignore traffic rules. Self-driving cars supporters believe that these cars can simplify driving. With these cars, drivers do not have to focus on what is happening on the road. However, critics argue that there is limited evidence to support the belief that the self-driving cars can reduce the risk of car crashes.

Google’s self-driving cars have cameras, which are placed at the top. These cameras are used to capture all the details in the surrounding area. The information is sent to the computers driving the car to avoid accidents.

Will Auto Accident Laws Need to be Changed?

As the interest in self-driving cars increases, little attention has been paid to the legal issues surrounding the use of such vehicles on public roads. Critics have raised issues about their legality and how they will affect auto accident legislation if they are made available to the public. All the auto laws that are currently in place have been designed with a human driver in mind. If the cars are introduced on the roads, there are concerns about liability.

Google has managed to persuade the authorities in Nevada and California to implement laws to legalize these cars. Other states are expected to follow suit in the near future. New legal concerns come up as people seem to embrace the idea of a self-driving car. One of the main concerns is who is going to be held liable in case of an accident. The current auto accident laws consider the individual behind the wheel responsible for an accident if they did not adhere to traffic rules. However, with the self-driving cars, a computer is in charge. The individual in the car can be considered a passenger. It gets even more confusing in a scenario where the person in the car is injured. The human being in the self-driving car is considered the co-pilot but their role is not clear. If a self-driving car hits a pedestrian, who would the injured party sue?  The answer to this question is a bit more clear under Michigan’s no fault law, but there are many factors to consider under both no-fault law and tort law.

If a minor accident involving two regular cars occurs, the parties involved usually exchange insurance information if they conclude the matter amicably. In situations where the parties fail to reach a conclusion, a legal procedure is used to determine the person who was responsible. The existing auto accident laws also outline how compensation should be distributed. There are no laws to determine how such issues will be resolved when a self-driving car is involved.

The main advantage of self-driving cars is that they eliminate human error. However, this raises legal concerns. The co drive does not have control of the vehicle and this means that they cannot be held responsible under existing auto accident laws. There are no guidelines on how involved a human co-pilot should be and whether it is possible for them to take over control if there is an accident risk. It is not clear if the human is supposed to be observant in the car. These cars are considered safe because there is no human involvement in the driving process. This is based on the fact that most of the accidents that occur are caused by human error. Once the human involvement is eliminated, can the person in the car engage in other activities such as texting, making calls, reading or drinking alcohol because they are not behind the wheel?

Negligence and Self Driving Cars:  How Should It Be Handled?

According to some other attorneys, the self-driving cars are independent but they cannot be sued for negligence in case of an accident. This is because the current laws apply the prudent person’ standard to determine negligence. It is not clear if the car manufacturer will be held responsible because they designed the automated features that operate the vehicle. There are those who believe that any accidents involving these cars should be blamed on the manufacturers. On the other hand, there is an argument that if the co driver has installed the self-driving features in the vehicle, they should be held liable.  Some states including Nevada and California have already passed laws that require a human driver behind the wheel even with a driver less care to take of any liability issues.  This seems like a quick fix and not a real long term solution, as we will want increase the capabilities of a self-driving car in the future.

The current auto accident laws have to be rewritten to accommodate the introduction of self-driving cars on public roads. Lawmakers have to come up with new standard to make it easy to identify the party that will be held liable in case of an accident. They should determine if the fault should be on the person inside the car or the vehicle manufacturer. These legal have to be addressed before the public can purchase the vehicles to promote road safety. The tests carried out indicate that the vehicles have not been involved in any accidents so far. However, it is impossible to rule out the risk of accidents involving these cars when there are thousands of them on the road. The auto accident laws may have to shift focus from the human driver to the car. It may be necessary to require cars to pass a standardized test before the car owner gets a license.  It will interesting to see what the future holds!