Uber and Other Ride-Sharing Apps Causing a Distraction Problem? 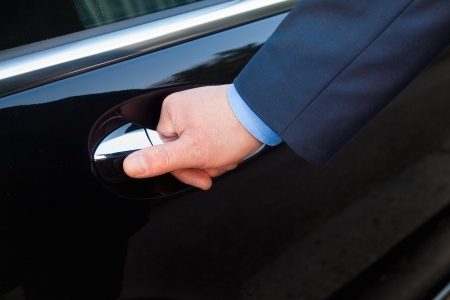 Uber, Lyft and other companies that perform a similar function of ridesharing have become more popular, especially in the past year.  The industry as a whole is emerging a popular option given the exorbitant prices that rental companies routinely charge.  While some worry the problem with these companies will be more traffic, another significant concern is a safety issue.  The concept behind these ride-sharing apps relies on technology to turn ordinary Michigan drivers into informal taxicab operators.  Both the rider and the driver use an application on a cell phone to request a driver, accept a ride, pay for the ride, get a destination, and much more.  Essentially, the entire process and transaction is completed with a cell phone.  As a result, the drivers are spending a significant amount of time on their smart phones while on the road and this is clearly against modern driver distraction laws.  Not only does this endanger the driver whose responsibilities are now more like a taxi-driver, but it also endangers all other drivers on the road.

The Aim of Distracted Driver Laws in Michigan

Michigan, along with many other states, has recently passed a variety of legislative acts aimed at limiting distractions for drivers.  Michigan code directly prohibits reading, typing text, or sending text messages while operating a motor vehicle.  Michigan law also prohibits making or receiving phone calls while driving certain types of vehicles.  Thus, the legislature in Michigan has made it abundantly clear that their goal is to stop or at least minimize distracted driving.  They want to keep the drivers’ hands and eyes focused on the most important task at hand: driving.

The Ride-Sharing Apps Contributing to Distractions

Ridesharing apps generally require a variety of actions on the part of the user.  In other words, the driver will have to read messages about riders looking for drivers and accept the message including reading the address to which they are going, using GPS to get there and more.  The app requires that the driver be constantly aware of their smartphone, taking much needed attention off of the focus of driving and onto the task of responding to potential riders.  While the Michigan legislature might not have quite caught up to the technology, this constant awareness of smartphones and apps seems to blatantly defy the spirit of the distracted driver laws.

What Does This Mean For Ride-Sharing Apps Into The Future?

Ultimately, this means that Uber and Lyft and other ridesharing applications may be putting you in danger, whether you are using them or not.  By simply driving in a city where these are in use, or riding in a city where they are in use, you could be at a greater risk for car accidents.  Furthermore, an accident involving one of these ride-sharing employees may mean a more complicated case involving liability.  Whether the company is liable for damage is a complicated legal issue that is best argued by an experienced attorney.  If you or someone you know has been in a car accident, whether it was an accident involving an Uber, Lyft, or other ridesharing employee, the attorneys at the Clark Law Office may be able to help you.  Having an experienced Michigan car accident attorney on your side in court could make all the difference in your case.  Contact our office or visit our website to learn more about how we might be able to help you.