The Top 5 Causes of Car Accidents in Michigan 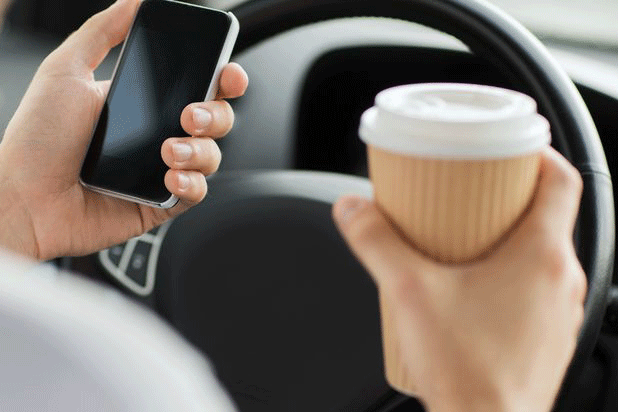 The latest statistics shows that car accidents in Michigan are responsible for over 800 deaths and 70,000 injuries each year. Most people may not have realized this, but it’s worth noting that, driving, despite it being an adventurous and fun to many, is actually a dangerous activity. It does not matter whether one is a senior driver with over 20 years of experience behind the wheel or just a teenage driver who just got his driving license; chances are that at some point, encountering an accident is something that can occur in a split of second, any day, anytime and anywhere. Auto accidents, not only in Michigan, but in the global scene as well, do happen for a variety of reasons and normally result in extensive consequences, including devastating injuries, serious and permanent car damage, medical expenses, loss of wages, emotional distress, pain and suffering, and loss of enjoyment of activities.  Car accidents happen every day in Michigan, and the following are the top 5 causes of car accidents in Michigan that if avoided, can help restore safety on the roads,and save thousands of lives and properties that are lost year after year.

Experts warn that driver distraction is one of the major causes of automobile accidents in Michigan today. A distracted driver is one who diverts his or her attention from the road. The major distractions that normally lead to road accidents include applying makeup, eating, cell phone, texting, rubbernecking, changing CDs or radio stations, looking away from the road at scenery, engaging with passengers or children and reading a newspaper, map or book. Distracted drivers are very dangerous drivers as their attention is often fully focused on their distractions rather than on the road and on other cars. Instead of multitasking while driving, it is advisable that the driver eats, reads the paper, and applies makeup well before leaving the house in the morning. Using a wireless Bluetooth device is necessary if you have to use a cell phone. From time to time, the temptation to take eyes off of the road in an attempt to jam out a favorite song could end up costing the driver more than what he or she could be willing to give up.

It’s not an easy thing for anyone to label himself or herself as a drunk driver, yet every single year Driving Under Intoxication (DUIs) and Driving While intoxicated (DWIs) still remain one of the most common causes of automobile accidents in Michigan. When one drinks, his or her judgment and reaction time becomes impaired and the person loses the ability to focus and function properly, drives recklessly and has a reduced ability to avoid obstacles. Driving while drunk or high is, in fact, one of the most dangerous things any normal person would wish to do. According to NHTSA, drunk drivers account for approximately 30% of all traffic fatalities in the US in 2011 alone. Drinking and driving not only puts the concerned driver at risk, but also puts other innocent drivers at risk. So, the only and obvious solution is to avoid getting behind the wheel while drunk, and instead take a cab or have a designated driver.

The most common weather conditions that are notoriously known to cause accidents include snow, ice or fog. These weather conditions normally demand from drivers the utmost caution and awareness possible. These weather conditions, when they occur in extreme level, can prevent any driver, irrespective of how well they are familiar with such weather conditions, to lose their ability to properly take control of their cars and eventually cause accidents. Obviously, it is not possible to control weather, but drivers can control the way they drive in bad weather, and by strictly adhering to the recommended safety precautions. Dangerous weather is generally hard to avoid and requires extra care, irrespective of the number of years of experience a driver could have. It is recommended that if conditions become really bad to such an extent that it causes the driver to feel nervous or unsure, he or she should pull over to a rest stop or restaurant until the conditions improve or become bearable.

High speed and reckless driving are known to give drivers a quick thrill. However, it can make it extremely difficult for drivers to either react or stop to situations that pop up in front of them. It does not matter how good a driver may be. The truth is that speeding makes it almost impossible – if not completely impossible – for a driver to effectively control the vehicle and also to respond to other drivers errors. It is also a fact that the faster a vehicle travels, the harder it becomes to stop it, and the more vulnerable to accidents it becomes. Apart from over-speeding, reckless drivers are also notoriously known to change lines too quickly or tailgate (follow another car too closely) making it very imminent for them to cause an accident as they may not have enough space to stop suddenly. Speeding often leads to a serious or fatal accident resulting into devastating injuries that, without the assistance of a Michigan auto accident attorney, may not be easy for any driver or car owner to manage.

5. Falling Asleep at the Wheel

Falling asleep while behind the wheel is normally caused by tiredness, or even driving while under the influence of some drugs. According to the latest statistics, over 100,000 accidents are caused by drivers who fall asleep behind the wheel in the US each year. Long distance and night driving are said to be the main causes of fatigue which may force the driver to slumber, and in the process cause a seriously dangerous accident. Drivers are advised to pull over if they feel fatigued, and take a nap.

The above mentioned factors have led to most of the car accidents in Michigan. Mechanical failure and road conditions have also contributed partly to some of the accidents. There are, however, a good number of technical solutions that have helped contain some of these triggers of auto accidents. They have considerably contributed to the decline in the number of injuries and death rates that result from car accidents. They include sobriety detectors, proximity monitors and drifting monitors. However, if the unfortunate happens, the best immediate option is to seek a legal representation from an experienced auto accident attorney who can help to avoid costly mistakes most people do make when dealing with insurance companies.